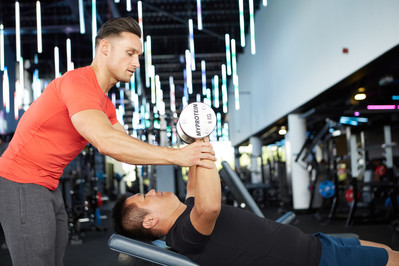 The Benefits Of Compound Movements.

The Benefits Of Compound Movements.

Firstly it’s important to have a basic understanding of these movements and how to implement them into your workouts before you perform them.

Compound movements recruit multiple joints / muscles. They are usually used to build muscle but can be equally effective for fat loss or endurance based activity. I would always recommend being taught how to perform these lifts as they tend to be slightly more difficult to learn and perform correctly / effectively.

The main compound movements are;

The squat is the most effective way to target the legs fully. You will certainly notice an improvement in leg strength if you utilise squats regularly. Depending on how you structure your programming (reps, sets, weight) you have the potential to see a huge range of benefits. From bigger quads and hamstrings to overall fat loss. You will also see a vast improvement in your core strength – during a squat your core provides much of the stabilisation.

Again the bench press is great for improving general upper body strength. Because of the muscles recruited during the movement you have the potential to be able to lift a lot of weight (comparative to isolation movements) Due to the numerous muscle groups being recruited there is also the added benefit of increased energy expenditure (calorie utilisation) making this the perfect movement for those wanting to shed body fat.

Known as ‘The King Of Lifts’ the deadlift is widely regarded as the best movement to build strength. It’s an incredibly basic movement – picking something up off the floor, therein lies its beauty – it’s simplicity. However, I recommend this lift is mastered before attempting heavier weights. Those new to deadlifting will often notice strength increase relatively quickly. This has the potential to be dangerous – avoid going too heavy too early. As with all compound movements the deadlift recruits multiple muscle groups and can be used purely to increase calorie utilisation. From the three lifts the deadlift is certainly the best for those looking for a quick intense workout.

If you are looking to implement any of these lifts into your workout routine or indeed would just like some extra guidance, please feel free to ask one of our gym team to assist you. We are happy to help.

What Is The Whole 30 Diet

How To Stay On Track Over The Festive Period

What Is German Volume Training?